FREE Shipping on orders of 3 packs or more* 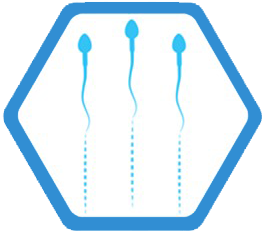 Sperms have progressive motility.
They are the strongest and swim
fast in a straight line. 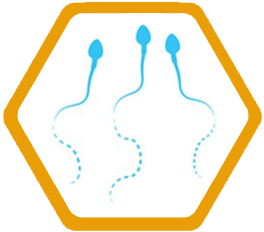 Sperms with non-progressive
motility tend to travel in
a curved or crooked motion. 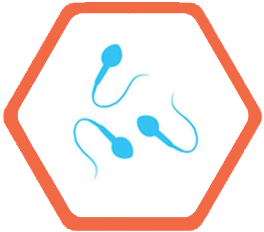 Sperms either just move
their tail or are immotile.

Scientists have made a major step forward in boosting men's sperm quality, raising the possibility of a new way to counter the epidemic of infertility now affecting one in six couples.

Results from a controlled study using a dietary supplement called lactolycopene, showed an almost 50% increase in the number of fast swimming sperm and doubled the overall healthy sperm count.

Sperm and blood samples analysed at the beginning and end of the trial, showed the lactolycopene had produced a dramatic difference in sperm quality.

"I wasn't expecting to see any benefit at all," said Professor Allan Pacey, a male fertility expert at Sheffield who led the study. "When we decoded the results I nearly fell off my chair."

Dr Liz Williams, a leading specialist in human nutrition at the university, who designed the trial, said the results were both surprising and encouraging. "We now need to repeat the study in more men with fertility problems. If we get the same results it could be a major step forward in helping couples conceive naturally and avoid invasive and expensive fertility treatment."

The findings newly published in the European Journal of Nutrition, have been welcome by other specialists Around half of infertility problems are caused by male factor abnormalities and studies in recent years have suggested unhealthy lifestyle, stress and exposure to female hormones in the environment are leading to falling sperm count in men.

Previous studies have shown supplements of lycopene, the basis of the red pigment in tomatoes, improves the function of the prostate, the organ that makes male sperm. Lycopene is poorly absorbed by the human body but research has shown the modified new compound lactolycopene can dramatically boost blood lycopene levels.

"Unlike women who are born with their lifetime reserve of eggs, men make new sperm every 60 to 90 days," said Andrew Drakeley a consultant in reproductive medicine at Liverpool Women's Hospital (UK) "These results are probably robust enough to conclude that taking [lactolycopene] is one of the things men can do to improve their sperm quality along with better diet and more exercise."

The supplement used in the trial is marketed in Australia as Ateronon Male Fertility Support.

Allan Pacey is Professor of Andrology at the University of Sheffield Medical School (UK). His research interests include understanding aspects of male fertility, with particular emphasis on sperm biology, he has published over 150 papers on the topic.

He is a former Secretary (2005-2010) and Chairman (2012-2015) of the British Fertility Society as well as the current Editor in Chief of the BFS journal Human Fertility. In addition, Allan is an accomplished science communicator and broadcaster.

In 2016 he was awarded an MBE by the Queen for services to Reproductive Medicine.

You can follow his general musings about science, fertility and the life of an academic:
https://twitter.com/allanpacey
https://www.sheffield.ac.uk/oncology-metabolism/staff/pacey.

The discovery could transform the outlook for men with fertility problems and lead to better ways to reduce the damaging impact of modern living on reproductive health. Of all infertility cases, approximately 40 to 50 per cent are due to "male factor" infertility.

As scientists, we believe in working together with medical professionals for your health. If your GP would like more information about Ateronon Male Fertility Support and its benefits, we are always available to help, alternatively please check our FAQ section or get in touch - Sam Hunter 0403388771 Contact Us